Large statues may seem robust, yet some parts can be particularly vulnerable.  Placing too much weight on slender features or welds can cause cracking or features to deform. This type of damage  often happens unintentionally. It is common during a public celebration when people climb statues. However, deliberate vandalism, or attempted theft, may also cause the need for statue repair or sculpture restoration.

Our aim when repairing a statue is to ensure:

There is rarely only one way to repair a statue so we like to consider all the options before deciding which one might be most suitable in that location.

One issue that’s always at the front of our minds is how we might prevent this damage  re-occurring. Sometimes it’s impossible, but often by working with other services like security, gardeners and town wardens, prevention is achievable.

Any statue repair work we do is fully documented and made available to our clients. 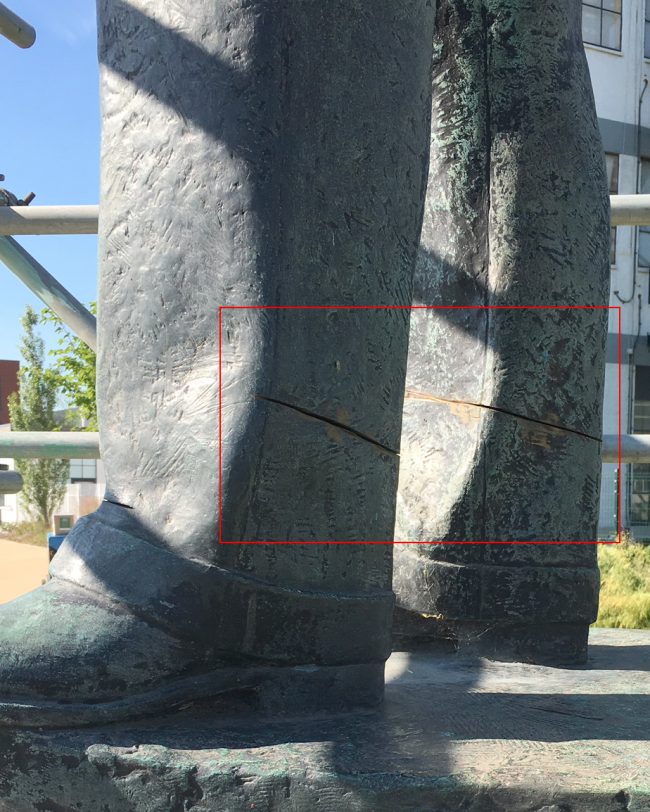 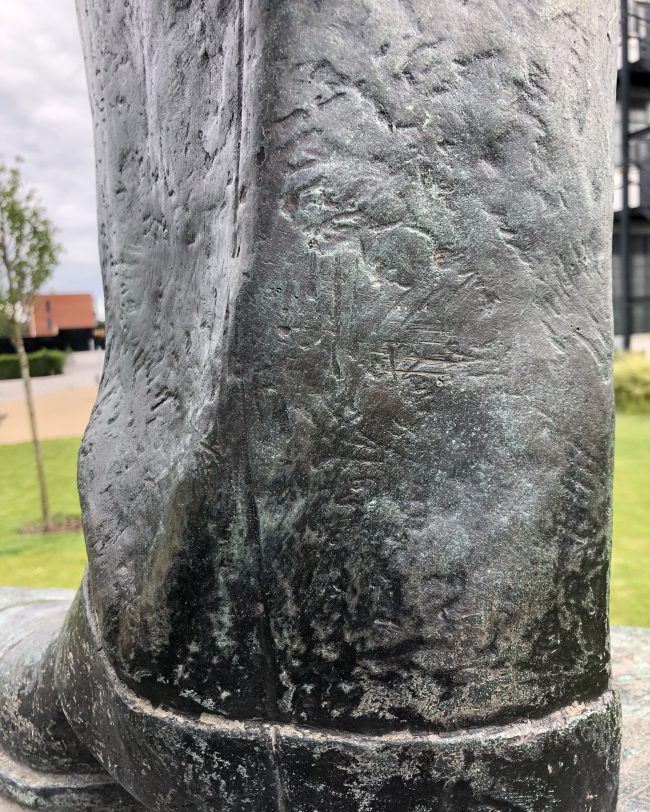 Tomas Bata was a Czech national who came to the UK in the early twentieth century and founded the Bata Shoe Company in East Tilbury. He created one of the world’s biggest multinational manufacturers, distributors and retailers of shoes, but what made him particularly significant was the utopian vision he had for his workers. He provided for them homes and schools for their children, as well as,  a farm, shops and leisure facilities.

His mighty bronze monument stands outside the original shoe factory. Recently, we undertook the statue’s repair after an attempt was made to steal it.

The thieves used an angle-grinder to try to sever the statue. They left deep cuts along the lower legs of the bronze sculpture. Fortunately, the well-made bronze stood firm and resisted attack.

We brazed this particular repair  and then metal finished with a Dremel. It was then hand finished so that the infilled sections met the contours of the original sculpture as closely as possible.

We needed to repatinate the newly brazed zones to match the condition of the surface patina as closely as possible which made the damage almost invisible.

As well as large statue repairs we also repair small bronze sculptures and ormolu. We undertake the restoration of small bronze statues in our fine art studio in North London.  The statue below had its surface restored and its foot reattached. 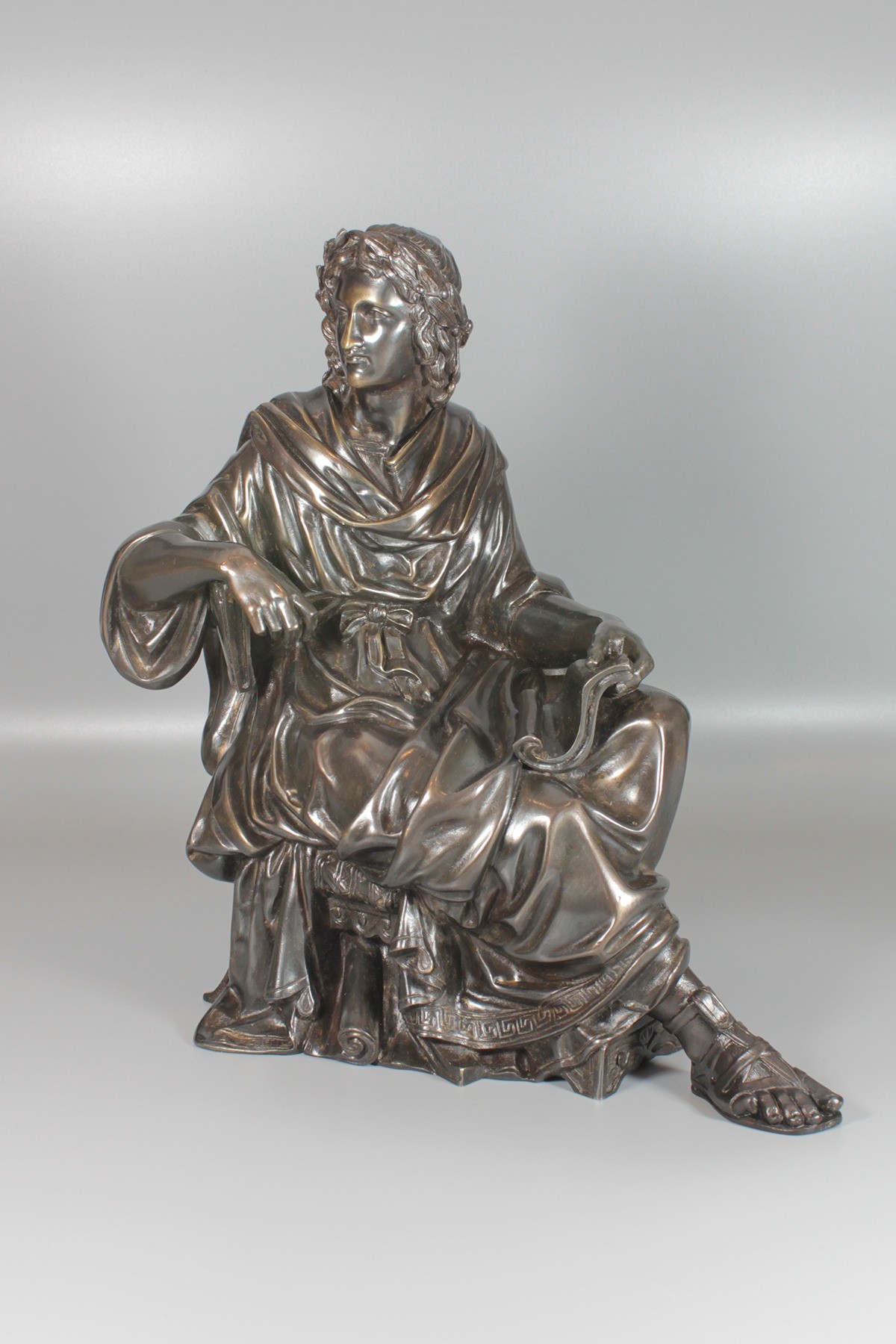